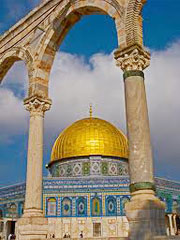 BANDAR is the translation agency founded in 2011 by Jan Tekelenburg. He studied Arabic at Groningen University (RuG) and at Cairo University in Gizeh, Egypt. In 1990 he was sworn in by the Court of Groningen as a certified translator of Arabic.

BANDAR has its base in a village (‘Bandar’) south of Sneek, in the north of the Netherlands.

BANDAR can take care of all of your translation jobs, all of the texts you want translated into Dutch, from Arabic, English, French and German. The language combinations are:

BANDAR can also do your proofreading in these combinations.

Texts are made by humans, and so are translations. Translators have a lot of modern tools at their disposal nowadays. This is making their job easier, but the language skills of the individual translator are still decisive in the translation process. Our translations meet the highest standards in the translation industry. With an eye for detail, a feeling for style and shades of meaning, BANDAR is making the difference. If you are looking for high-quality translations into Dutch, you have come to the right site!

Please use the Contact Form to get in touch with BANDAR